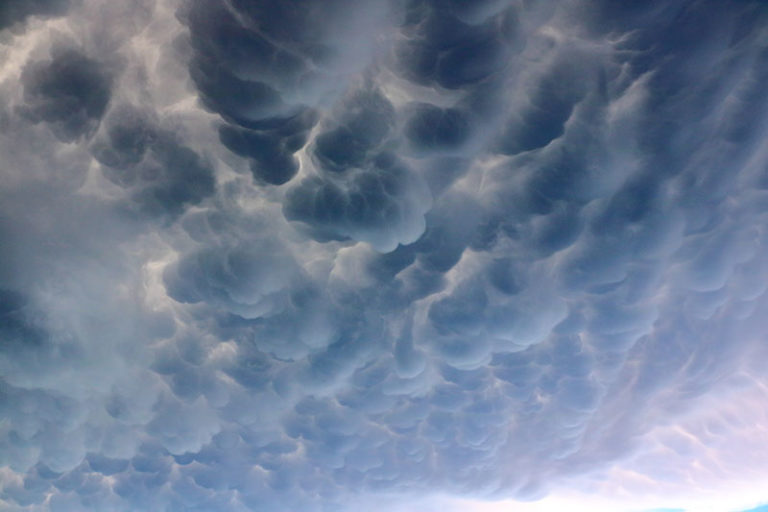 This day ended in a way like many other days this trip. We go home after a rather successful day without seeing any tornadoes. David looks at his phone and says: “Wait a minute, I think there was a tornado here”. Today was the 3rd time this happened!

After the incredible tornado day yesterday we were quite saturated and also very tired so we neither wanted nor had time to chase South Dakota, which may have been the primary target of the day. The setup there was a cold front and it eventually produced several brief tornadoes. We chose to play the dryline instead and positioned ourselves in Grand Island, NE, and waited. We sat at a Starbucks for hours but no storms were able to start. It was some time after 6 p.m. when the first towers really started going up. As two boundaries collided a storm absolutely exploded. It hit 45.000 feet before it even showed up on reflectivity radar (which is quite incredible) and quickly became a rotating supercell near Hastings, Nebraska.

The structure of the storm was amazing and for the second time this trip I found myself photographing the structure when there was actually a tornado in progress at the time, that I did not see. It was not until David pointed it out in a very low contrast photo we started to realize it may actually have been a brief tornado. The contrast was so low it appeared as a “wishnado” but it had appeared just as the storm peaked in rotation and when the RFD was wrapping the storm – and thus hiding the base with a rain curtain.

Eventually, we heard there was actually a tornado reported on the storm so David was, of course, right again. I had my iPad videotaping the storm at this moment and managed to screen grab a low contrast photo of it as well. Needless to say, if I wouldn’t have known there was a tornado in it I would never have guessed.

In the end though, I am not too impressed by tornadoes that you can’t see with your naked eye and that takes 30 minutes of photo editing and contrast enhancing to find the actual tornado. My lasting memory of this rather nice chase, was instead the structure of the storm and the absolutely incredible mammatus. These mammatus were the best I have ever seen, better than yesterday and better than Dodge City.