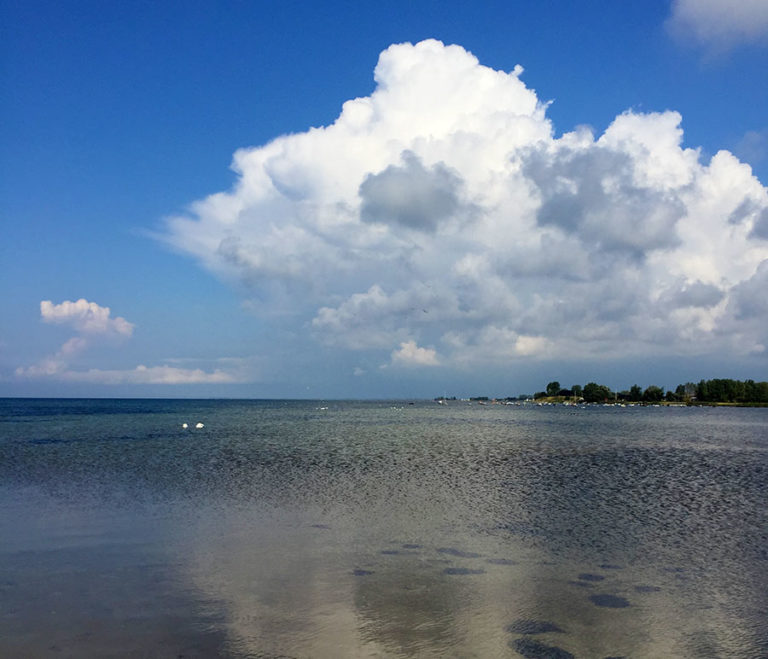 In Sweden it is really rare to see a tornado for many reasons. First of all, we hardly get any. Secondly, if there are any tornadoes they are very small and do not last long so if you don’t look at the right place at the right time, you miss it. It is also very difficult to chase tornadoes in Sweden (compared to the USA) as we don’t have a same radar network with the same resolution as in the USA – mainly because we don’t really need it. Basically, severe weather of this sort is not really an issue you need to keep track of in Sweden.

Yesterday, I woke up in Malm├Č to blue skies with my mother and niece visiting from Stockholm. At breakfast it started getting cloudy and at the time we dropped them off at the train station at noon we heard the first rumble of thunder. I could see that the clouds were a little bit more organized than a typical Swedish pop-up summer storm and was intrigued but not enough to really considering convincing my girlfriend to change our plans for the day.

The storm came in from our west and continued N/NE but we had plans to go south. My girlfriend went shopping at a local mall in H├Čllviken at the very southern end of Sweden but I wanted to see the storm development so I sat down by the beach. I mean, IF you see tornadoes in Sweden most of them are water spouts so I was hoping for some luck. Unfortunately, there were no storms in the vicinity so I just kept an eye of the storm that we were just under.

The entire afternoon was filled with convection but the very south had no real thunderstorms to speak of but I kept a close eye at them.

This morning I looked through Twitter and found out there were actually two tornadoes in the vicinity of where I live. One small, that may only have been a funnel cloud, that was on the very storm we had passing over us and that I was looking at, from a far distance! Further up north, over the city of ├ängelholm, they had a pretty intense storm with a stronger tornado.

So, I never really intended to go chasing yesterday but we were in the car, under a storm, with time to chase…under a storm in Sweden that actually produced a tornado – and I missed it! ­¤Öü

The larger tornado of the day (outside ├ängelholm). Click the link in the Tweet to see the funnel cloud/tornado that was on “our” storm.