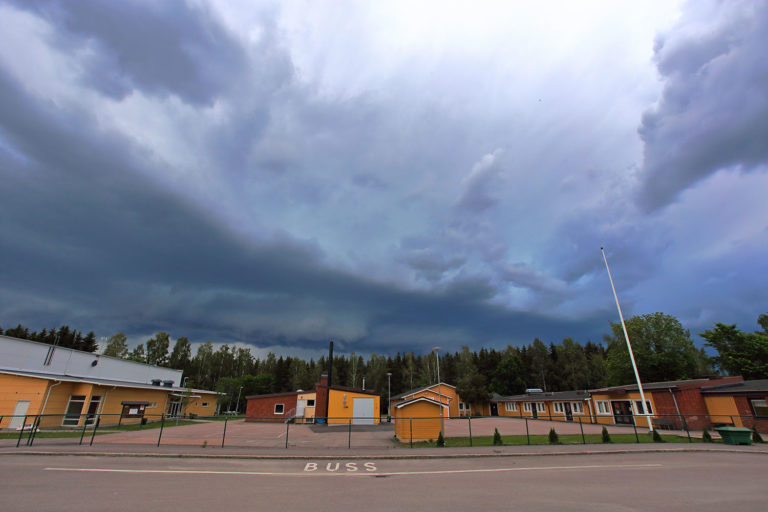 I live very close to the Falsterbo Horse Show which is an annual and very popular horse event in Sweden. It is also a good time to get the heck out of Falsterbo, rent out the house and go visit friends around the country, which is exactly what I did with my family. I was happy to have it coincide with a weather pattern that included thunderstorms for some of the days we were out, and at the places we went, just by accident as we were by no means chasing them.

Our best thunderstorm of this week was probably the best I have seen in Sweden ever. We went to visit friends in FagerĂĄs in the VĂ¤rmland region and by pure luck ran into the best thunderstorm in the country that day. I did not really see it at first as the chase terrain in that region is absolutely horrible. Large pine trees surround the highway that is dug down 5m below ground so it is virtually impossible to see anything. I only managed to see the storm looked great through when there were powerline streets in the forests here and there. Luckily for me, the best position to be in was the place we were going to, at the time we were there. So, we stopped, let out my son Timo to roam around and play after too many hours in the car and even my fiancĂ©e Charlotte was excited about the storm. 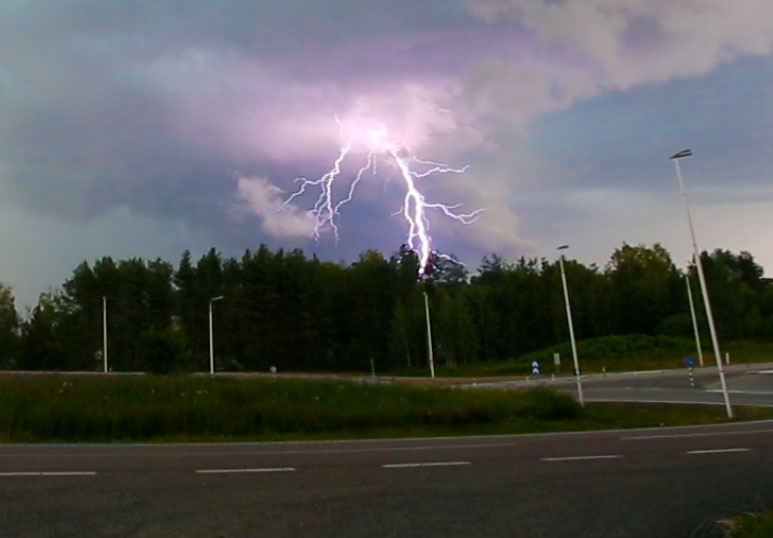 As we watched it I could even see how the base had some small rotation in it and for a while we would actually luck out completely and witness tornadogenesis right in front of us. I was even a bit concerned about my family’s safety (then again, Swedish tornadoes are always brief EF-0’s). This never happened but it sure was a nice storm with some powerful lightning.

July and August is “thunderstorm season” in Sweden and I live in a part of Sweden which should be suitable for water spouts. I am excited about being able to chase waterspouts, perhaps by bicycle on the island where I live. Stay tuned!

The Swedish storm chasing team EWP caught this tornado, which is one of the best ones I have seen photos of, the same weekend but in another part of the country (Stora Mosse, SmĂĄland):