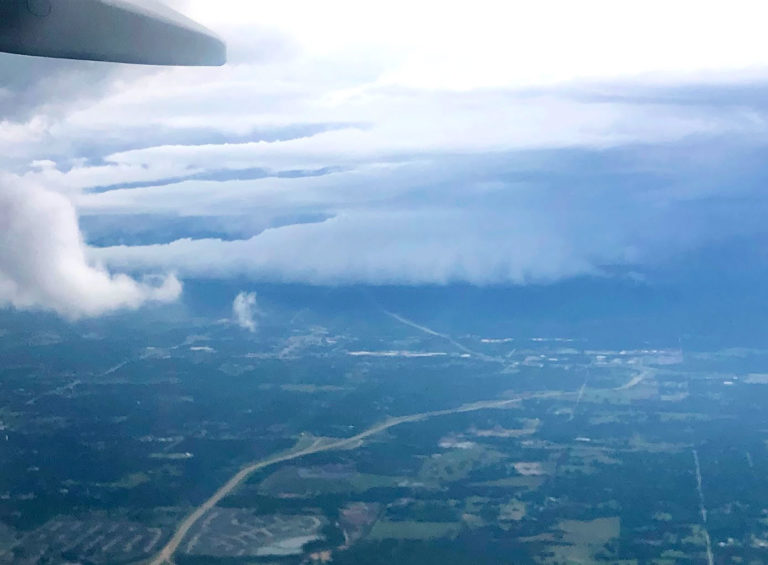 My flight was not until later in the afternoon so we had a slow morning and as the other guys went for lunch I got a ride to the airport. I enjoyed the time at the airport editing photos while waiting for my flight. My first flight was through Dallas, which actually had a 5% tornado risk. Storms were also firing in the Tulsa area which made the wait a bit more exciting, even though there weren’t any storms in the vicinity of Tulsa International Airport.

In Dallas, however, a large MCS complex waded in over the city with an incredible amount of lightning as well as creating a brief tornado, resulting in a tornado warning over the airport! It was a bummer I wasn’t already there to see it all! Instead, my flight was delayed and further delayed until I pretty much gave up hope on making my connection in Dallas. 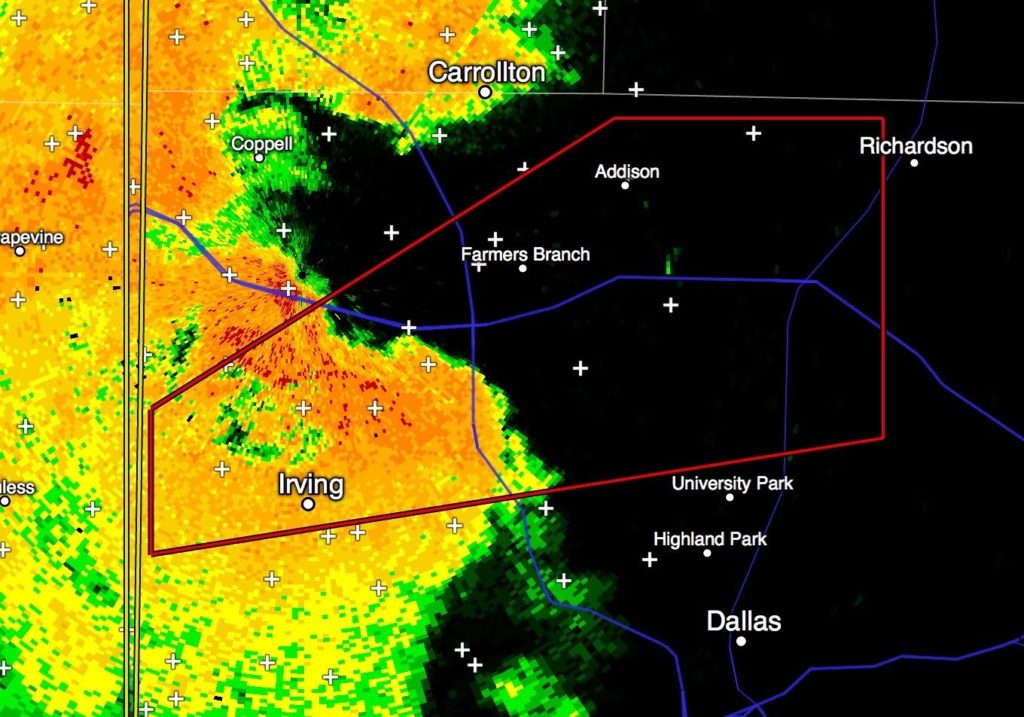 What an irony! After having spent the last week nowhere near a tornado warning, a tornado warned storm was actually making me miss my connection! I arrived in Dallas at 6.55 and got out of the plane at 7.03 (being in the back of the plane) whereas my London flight would go at 7.15 pm from another gate. Although it was not really a chance of making that connection I ran throughout the entire airport and made it just before they closed the gate. What a luck!

The feeling of coming home again to my pregnant fiancĂ©e, my son, my house, my garden and the Swedish summer was priceless. I really love leaving to chase but I also love coming back home again.

Summary of the Chase Season of 2019

So what about the chase season of 2019? Well, we only had one real chase day out of 10 which is a huge disappointment. We chased five days and had five complete down days which is almost as bad as 2014. What makes matters worse is that the period just before I had arrived had been extremely active with a record number of tornadoes. It is also difficult ending a chasecation with a number of bad days.

I typically value my chasecations according to the amount of tornado days, or days with any other type of spectacular event. I also value my chasecation much through the maximum experience, in other words if I get one very memorable day it is usually better than a few above average days – as the really great days are what you remember in the long run. As such this chasecation was not at all a disaster. Our Day 3 was probably a top-5 day in my chase career and I experienced the best storm structure I had ever seen, along with a surprise tornado at lunch, twin tornadoes, and a tornado within that spectacular storm structure. I wanted to come back with photos worth of printing and that I did. So, I am very happy about that and I know that in the long run this day is what I will remember the most from this chasecation.

Still, as I now leave the Plains for this season it is with quite a bit of sorrow as it is likely I will not return next season due to family reasons. My fiancee Charlotte have had quite a burden handling our 1.5 year old son during my vacation while also being pregnant. Next year we will have two small children and it is very doubtful I will be back. I have however said that almost every season since 2012 and somehow I always made it back. We will see.