I only slept three hours that night and was a bit of a wreck when I got into the car again. For the first time while chasing, I was looking at the SPC reports as Slight RISK and 5% tornado RISK. Previously, I had been looking at it as 5% tornado chance but, as mentioned, this morning I was not all that sure I wanted to see a tornado. As an ironic touch to it all the highways had plenty of signs with messages like “Think!” and “Why die?” besides the road. They were obviously there for people not to drive drunk, but it added to that eery feeling I had.

I obviously brought this up with Randy and Lisa. At first they said “Well, you should have done your homework!” (referring to that they told me to check out their YouTube-channel when I first met them). Later on, however, they gave me a more encouraging answer not to put my life in danger and not to take the same risks as they usually do. This made me feel a whole lot better. Additionally, seeing a tornado up close would be a dream come true so I felt a bit more confident to follow through. I was excited and nervous at the same time.

The setup for this Tuesday in South Dakota had been looking good for a few days so we had good hopes. Driving further up into South Dakota I was astonished with the beauty of the vast fields and green hills. It felt like a photo opportunity every time we stopped somewhere! 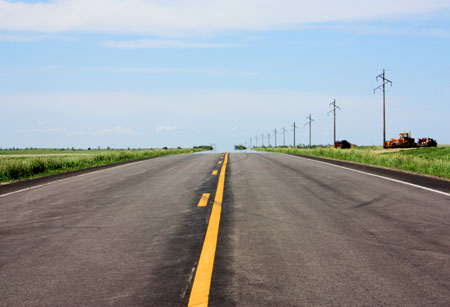 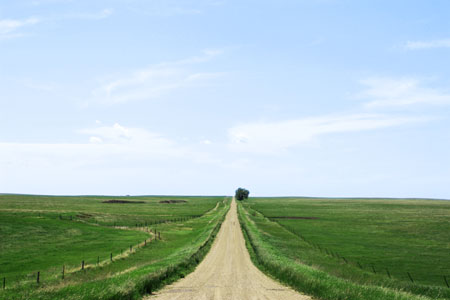 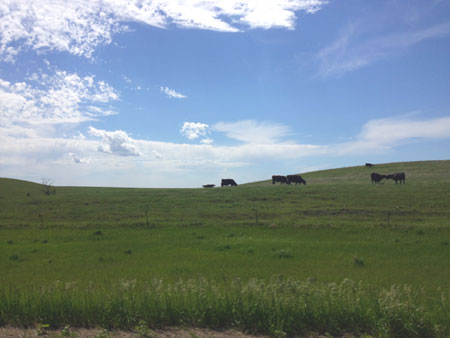 Storms started popping up mostly in North Dakota (which seemed like the play of the day, but was too far from us) and there were no great storms in our vicinity. Knowing that we had to get west for the next day we called the day a bust and left. While leaving, however, we passed by some storms with really neat structure, a very cool double rainbow and drove underneath a storm with a cool shelf cloud. Despite actually being a bust day it was a really beautiful day and I enjoyed it a lot as well.