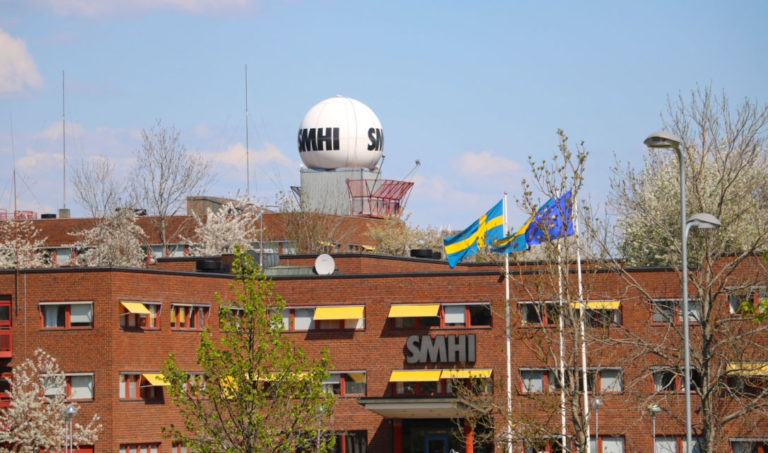 Yesterday I paid a visit to the Swedish national weather service: SMHI. It is something I have been wanting to do for quite some time since most of what I know about storms and weather is based on the weather situation in, and information from, USA.

Sweden is a very low on severe weather and I personally only experience about 2-3 thunderstorms per year. Tornadoes are extremely rare and I would assume all are EF0 from what I have seen from videos and photos. What I wanted to learn more about, while visiting SMHI was how rare tornadoes, supercells and other severe weather is in Sweden.

I got in contact with weather researcher Lisa Bengtsson who is a weather researcher in the field of the predictability in the atmosphere. Although she was not a specialist in the field of severe weather in Sweden she is one of the few at SMHI who actually had some experience with storm chasing. Lisa did her meteorology studies in Wisconsin in 2003 and spent a week chasing with the university weather club and was lucky enough to see two tornadoes. She was also lucky enough to find her Wisconsin-born husband, Joseph Sedlar, there. Joseph came along to Sweden and now also works at SMHI. I met up with both to discuss my favorite topic and to hear more about severe weather in Sweden.

We talked a lot about storm chasing in general at first. Outside of their successful chase in Oklahoma Joseph had also done a few local chases in Wisconsin but none being successful enough to see a tornado. As you may know, Wisconsin is not a great chase area especially with all the trees, so chasing there is difficult and dangerous. 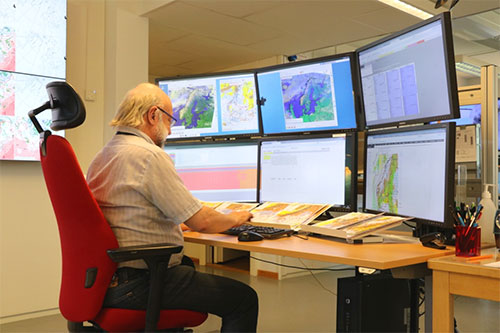 I am not sure though if using the word “tornado” here is suitable since the tornadoes (“tromb” in Swedish) we experience usually seems to be waterspouts coming ashore. At least those are the ones that gets reported or noted (land based, actual, tornadoes inland could remain unnoticed in remote areas). Since more people tend to live by the coasts, those are the ones that gets photographed and reported. Below is a beautiful example from Halmstad 2014 (not filmed by me):

Â Here is another example which was actually north of Stockholm:

CAPE and shear in Sweden

Some of the reasons we do not get the same kind of severe weather as in the United States, or even continental Europe, is the lack of CAPE (instability) and the lack of moisture. The instability usually only builds up enough during long periods of High Pressure, which is when we usually get our thunderstorms (with August being the most prominent month).

We do get some moisture from the Baltic sea which does collide with the dry air from the mountains of Norway but the ingredients are just too weak to cause any major severe weather. Shear is, however, usually abundant and Sweden is close to the jet stream so we have some of the potential ingredients, but it is just not enough. 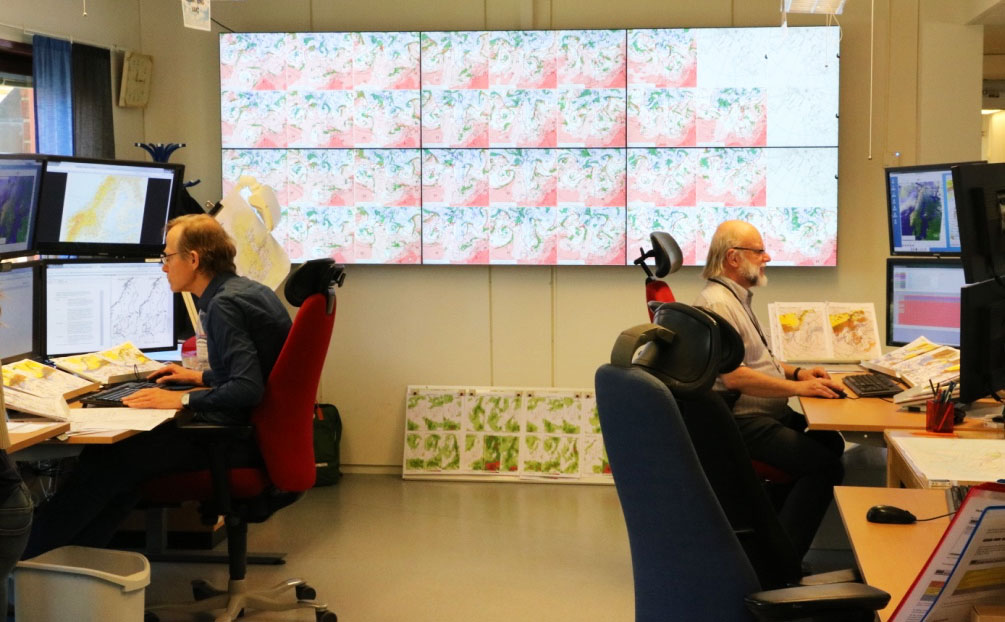 With global warming it seems plausible we would get more heat and moisture to Sweden so severe weather from thunderstorms may become more prominent in the future. One would imagine tornadoes being more common in Sweden already looking at Youtube but that is probably more likely due to more people having the possibility to film and share severe weather with their smart phones.

Since, supercells and tornadoes does not pose a threat the weather is not usually observed in the mesoscale level so there are no real records of supercells either. The main threat from thunderstorms is, instead, flooding. In 2014 there was massive flooding in different parts of Sweden and on august 31 2014 I woke up to thunder at 5 a.m. and found the radar images below at SMHI:

Outside of flooding from thunderstorms the most prominent threat from the weather are the autumn storms. The storm Gudrun (Jan 8th 2005) where 20 people died in Sweden, stands out as an extreme example, that most Swedes remember.

The conclusion about my visit to SMHI and severe weather in Sweden is that since severe weather from thunderstorms pose such a weak threat it rarely causes any damage and thus not official warnings either. Since it does not pose much of a threat there is not really any reliable data about the occurrences either.

Thanks to Lisa and Joseph who was kind enough to allow me to visit and answer my questions!

Note: Any fact mistakes in this article is most likely my misinterpretation of Lisa and her colleagues.