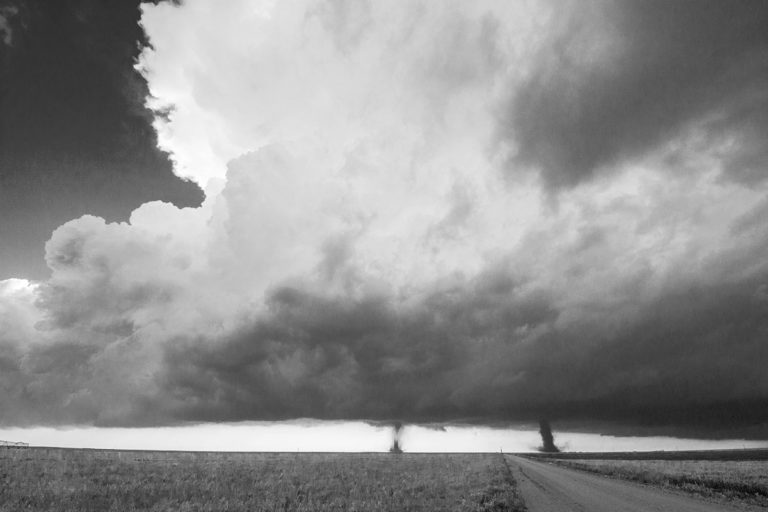 June 17th was not really a chase day as we had to drive all the way back to Denver. Eastern Colorado did however seem to be some promising for storms and SPC put a 2% on it. Later on they moved that towards southern Kansas and after some actual forecasting we never chased it as the detour would have been too long. With that, my chase season of 2018 was at its end. Well, in fact, when I am writing the first part of this blog post, I am sitting at the Denver airport and although I haven’t done any forecast SPC had a 2% on this exact area. I tried to get a window seat, juuuust in case. I guess hope is the last to leave you.

The Storm Chasing Season of 2018 has been a notoriously bad season for everyone. There have been no major outbreaks, very few great, picturesque tornadoes and no real “Big Days”. There has off course been a few exceptions: May 1st in Kansas (as far as I understand, this was before my season), the beautiful Dodge City tornado (when everyone went to Waynoka, OK), the incredible 1 hour tornado in Laramie, WY, which almost everyone missed, and the Cope, CO, “landspout outbreak” which many were there to experience. The last three were during my chase season but I only got to experience Cope, CO, which was really cool – a Top 5 All Time Chase Day for me.

After Cope, CO, on my 2nd chase day there was nothing even close to it (at least not to us). Waynoka, OK, was cool as well as the rotating wall cloud in South Dakota that was very close to dropping a tornado. Those were the highlights of my 16 day chase season. One tornado day out of 16 is less than my average which was a disappointment. Although we only had two real down days and thus go to chase 14 out of 16 days was great, there were only about 4-5 promising days out of those – most days were meager setups. Some of the promising days seemed really promising but all were in one way or another real busts.

The major problem, as far as I understand, this year has been the lack of good negative troughs and upper level winds. This has led to short lived storms that quickly congeal into MCS:s. This makes each chase short and you have to have perfect timing and be good with your positioning. Typically this led to only one or two stops to watch the storm before it was starting to get outflow dominant, just when the storm needed the last push to get really serious.

To sum it all up: I am happy to have had a Top-5 day, I am glad we got to chase almost every day (and not end up under a death ridge) but the storms we saw were quite disappointing this season with no days that surprisingly turned out better than anticipated. Missing out on the incredible Laramie, WY, tornado was really sad although it was a freak storm.