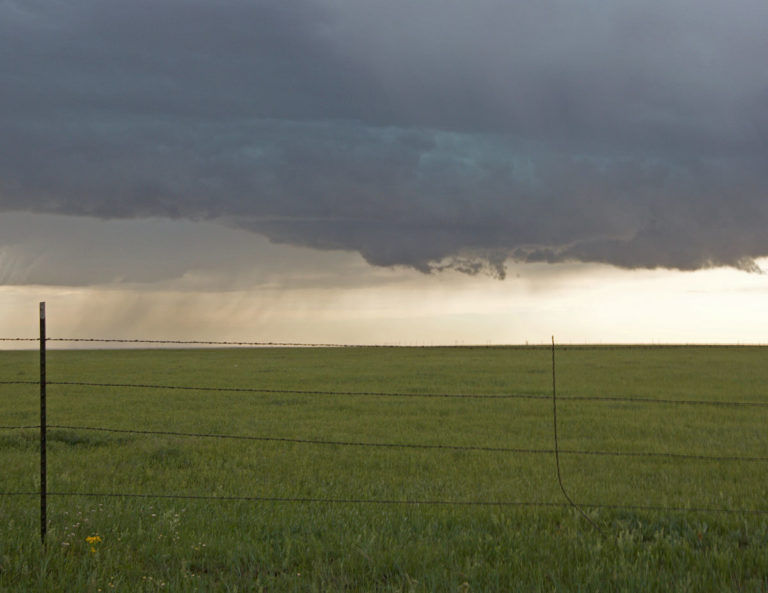 After a really active weather pattern we were getting into a new pattern with much more iffy setups. As of the start we used Day 1 to drive from Tulsa to Colby, KS, to get in position for what could be a marginal day on Day 2 (June 7th) and a better day on Day 3 (June 8th). In the “Stormtrooper” (which is the name of David’s Toyota 4Runner) it was me, David, and a Czech girl named Iva on her first chase.

The setup for Day 2 was very marginal with decent helicity but not enough instability or moisture to get our hopes up for anything – and the LCL heights were around 1.500-2.000. My expectations for the day was merely to be able to photograph lightning but we were positively surprised.

We followed a storm that actually looked quite decent and produced not only lightning but also a mid-level funnel quite early on. A bit later we got a few minutes of actual adrenalin chase when there was as funnel underneath a lowering as well (see the featured photo on top). I am not sure if it was a wall cloud or not as the rotation was very meager. The LCL heights (cloud base heights) were really high though so I wouldn’t say it was ever really close to create a tornado but during those minutes it sure was exciting – and the rest of the day was really pleasant chasing.

The great thing about chasing with someone on her first chase is to re-live the amazement of experiencing storms like this for the first time. Iva was very satisfied and this was just a very mediocre day.