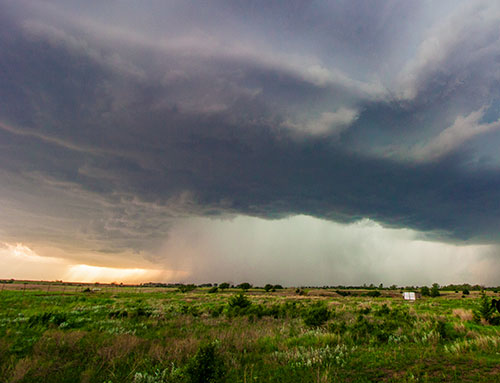 Today was the with the most promising parameters with very good CAPE, great shear and good moisture as well. The bullseye target that almost every storm chaser went to was western Oklahoma. I was very eager to see my first Oklahoma tornado (33 tornadoes but 0 in Oklahoma) and it really felt like we would see some tornadoes, perhaps even big ones. It is never really a good idea to get your hopes up too much though.

The situation was quite similar as last time. We stopped in Woodward, Oklahoma, for lunch and waited for the storms to pop up. Quite soon, just after lunch, we went for a storm in northern Oklahoma going northeast towards the border. Just as the day before, it had latched on to an outflow boundary. It was a monster storm and a huge hailer. It moved itself northeast into Kansas just by the border and then turned back into Oklahoma again.

At one point we were standing on a hill overlooking the base with a large wall cloud, including a tail cloud that seemed to be sniffing the ground. The cloud base was a bit high and the wall cloud was, most of the time, not massive. It had broad rotation but never really tightened up enough for us to feel like a tornado was imminent, although being incredibly powerful. 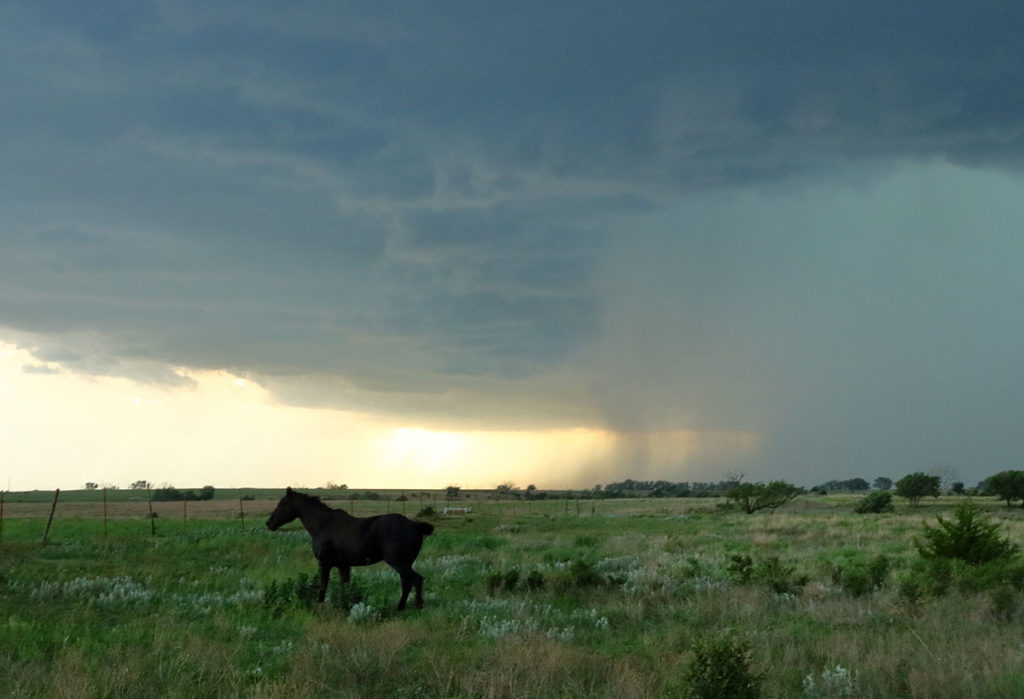 After chasing this storm for a while it turned HP (high precipitation) which made it more difficult for us. It also seemed to be going to weaken but in the final hour it started to crank up really well and we headed into the base to get a glimpse at it. Standing underneath this beast was quite impressive and we saw some tight rotation and a funnel but our vision was limited by the rain. At this point there was a tornado on the ground, which likely was the funnel we saw. We missed another one, a brief needle tornado, while leaving the base as well.

We watched the storm until late at night until it started falling apart for real and went for a dinner at an Italian restaurant. The supercell was a very long lived one and quite impressive and wasn’t it for Dodge City having the most picturesque tornado in the whole season that same day, and that it really felt like such a promising day, I would have been quite satisfied – but I couldn’t shake off a feeling that we had gotten less than I hoped for.