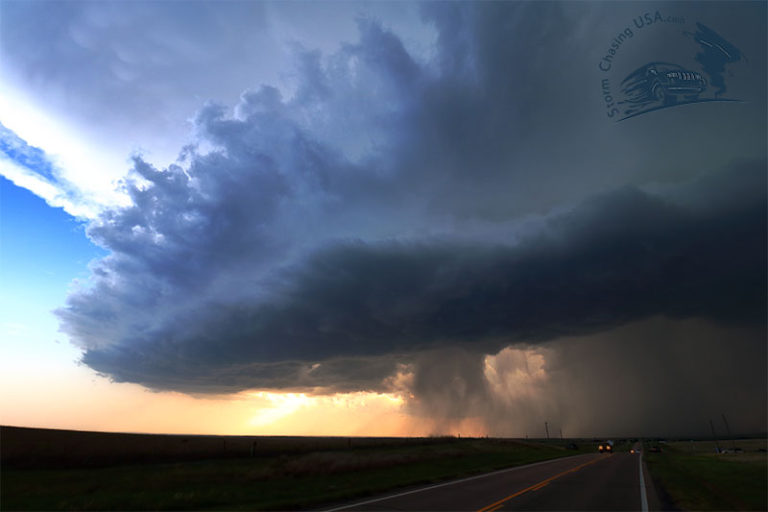 I woke up feeling really tired but excited about the day. Almost everything was pointing towards a big day with several big tornadoes. The SPC was predicting an 80% chance of tornadoes and 60% chance of strong tornadoes rated EF2 or higher. The area we targeted had a 15% hatched risk which is the highest risk I have ever chased in.

After last year’s SPC-busts I was not allowing myself to get too excited though. I was also struggling with computer problems all morning which kind of removed the focus from the anticipation of the day. But, of course, the day was a bust – at least in terms of a tornado outbreak in Kansas.

The storms all started around 1 p.m. (which is really early) and it washed out the entire area leaving all central Kansas cool and stable and thus very unsuitable for severe thunderstorms. When Erik realized that was going on we hauled down to the Kansas-Oklahoma border where the air was still untouched and unstable. 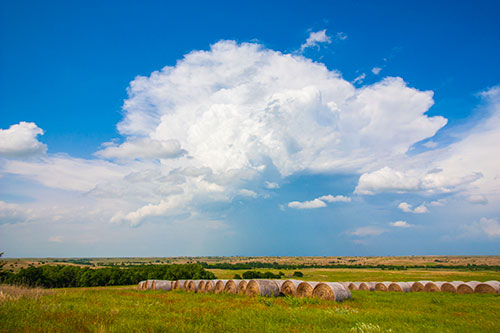 We got on a storm that was slowly becoming better looking, albeit being too linear. For a while it seemed pretty promising, had some really nice structure and we experienced some large hail but that was pretty much it. It was a rather decent chase day per se but with the build-up of the day it felt more like a bust than a nice chase day.

We ended up in Greensburg, KS, where we stopped at a gas station where I randomly ran into three (3!) previous chase partners / tours: Charles Edwards, Gene Robertson and David (again). We all hid from pea-sized hail for some 10 minutes before heading back to Oklahoma City.

My tour with Tornadic Expeditions was thus over and I was expecting the first long, good sleep for a week. An amazing week was at its end with some 20+ tornadoes and three tornado days. I have never been so lucky with the weather pattern for a tour and Erik did a good job finding the right targets as well.