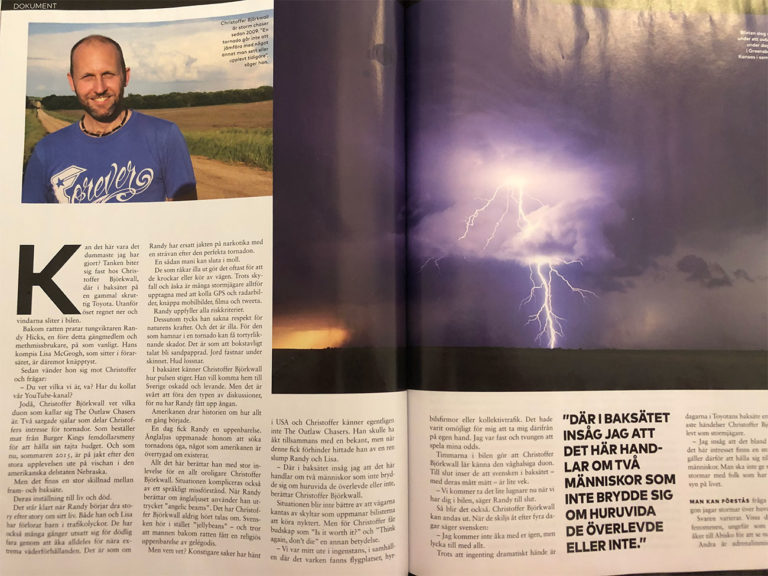 I have been blessed with being able to chase storms since 2009. As I live in Sweden where this is almost unheard of and as I have been very eager to share my photos and stories through channels such as StormChasingUSA I have been contacted numerous times by different types of media to talk about storm chasing. I have appeared in Russian online-TV, Ukrainian newspapers, been offered a radio interview with New Zealand public radio but mainly talked about storm chasing in Swedish media – in some of the major radio channels and newspapers. I love talking about this passion of mine, and try to make people understand why storm chasing is such a spectacular thing to do!

Earlier in October I was interviewed by CafĂ© Magazine, one of the major Men’s magazines in Sweden and the interview was recently published in their last issue. Having had my story told by others many times I must say that the writer, Andreas UtterstrĂ¶m, did an exceptional job! He really managed to catch much of the excitement, passion, fear, and fun that I experience by chasing storms. If you happen to be a Swede reading this blog post, make sure you pick up the latest issue and read the article.