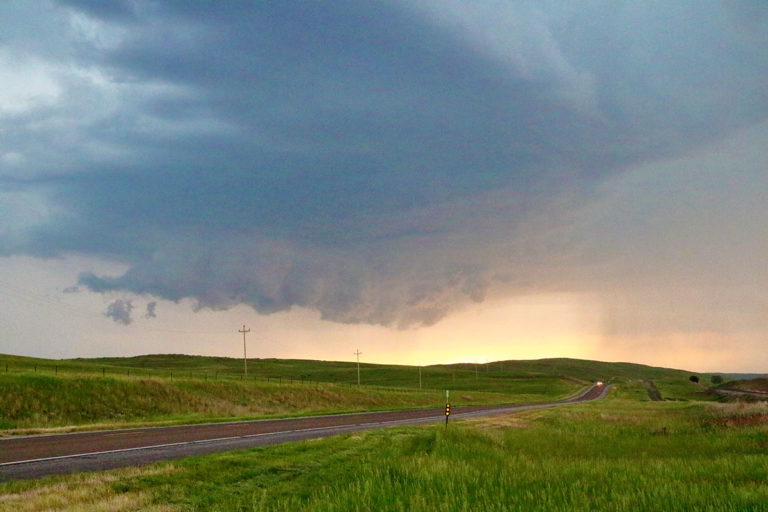 We started off in Rapid City, South Dakota, and slowly moved our way into position in Nebraska. There was convection going on in the afternoon and we took a country road to cut in front of the storms. It was a one lane road but after a few miles it went over a flooded field, fortunately the flooding was just a few inches deep. After driving on it for about 25 minutes, and halfway through, it turned into a gravel road, and we had a small storm behind us that we needed to get ahead of. The thought of heavy rain on that gravel road, with the risk of additional flooding was not a tempting one!

After some 45 minutes we got out and could chase a severe warned storm. It had a wall cloud and some great lightning going on but our hopes was that when it collided with another storm it would get enough juice to do something more severe. Eventually, it didn’t and that was the end of it.

This would have been any bad chase day if there not had been an absolutely incredible 1-hour, “Simla/Wray-like” tornado in Wyoming. Like, the top-5 most beautiful tornadoes I have ever seen. It was quite painful, like Bennington in 2016, but the difference was that our tour guide Blake Knapp never REALLY considered Wyoming and it is not like we could have seen it coming and changed our mind to drive those 200 miles while chasing. I think it was most painful to Blake though. I just try to ignore it and look ahead instead – and avoid looking at those Wyoming-photos for now.