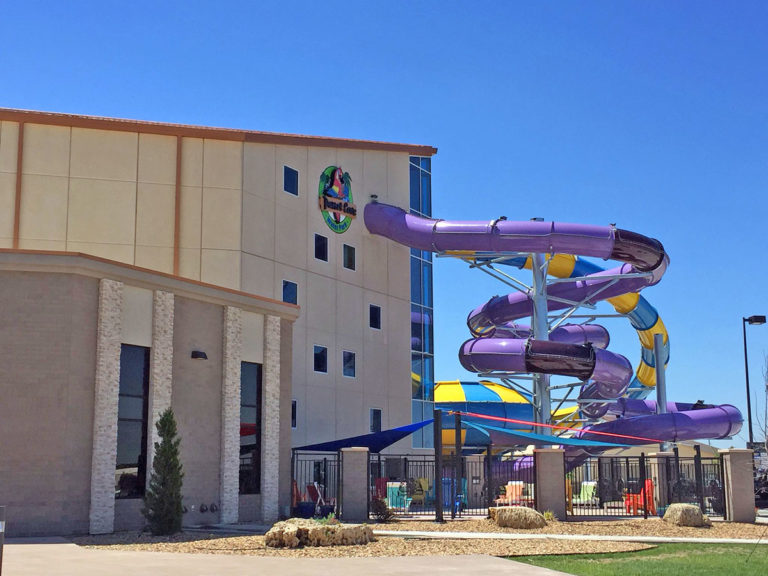 For the second night this tour we stayed in Heritage Inn in Garden City, KS, which is a great hotel that also have quite an impressive water park (!). Last time we never had time to visit but today was just going to be a travel day as the storms were either in Montana/North Dakota or Missouri. Friday is looking great in Nebraska so I believe Roger didn’t want to risk missing out on being to far off target for that event.

A handful of tour guests at Silver Lining Tours, including me, visited the water park in the morning but as we only had about 50 minutes it was a matter of running up the stairs to go down the four waterslides to get as much out of it as possible. It was a whole lot of fun! The waterslides were much better than I would have anticipated in the middle of Kansas! Running up the stairs was quite nice exercise after sitting in the car eating junk food for five days.

The rest of the day was just about getting up into North Platte, Nebraska, to be in the right place for the storm initiation on Friday.