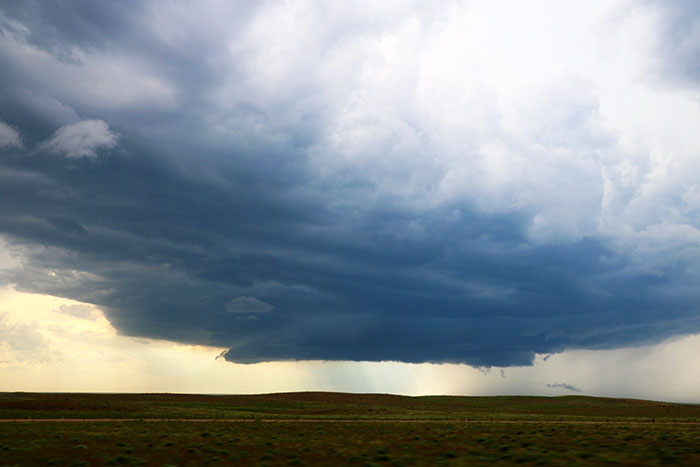 We woke up to a day that turned out slightly better than we anticipated and we were thankful to have our first real chase day of the trip! The parameters were decent: good CAPE, decent moisture, lift but not as much shear.

As we were already in the target area we could have a long breakfast and look for cumulus towers from the hotel parking lot! Around 11 we saw a promising target and went out. The updraft looked really nice and crisp, i.e. signs of a strong updraft and a potentially strong storm. The “Twister” soundtrack was on in the car stereo and the excitement was tangible.

Unfortunately, this day turned out almost as expected but maybe a bit worse. Every storm seemed to die as we approached it and we constantly had to regroup and switch targets. We were hardly more than 10 minutes under each storm actually observing it. With hindsight, we should have picked the Tail End Charlie (that looked like crap most of the time) and just stuck with it as it produced a tornado in the end.

We have a difficult decision to make now as Alex is flying home on Sunday (from Tulsa) and there is a promising target area in North Dakota on the border to Canada, on Friday. Ironically, he needs to go to Tulsa to fly home to Canada where he is currently living. 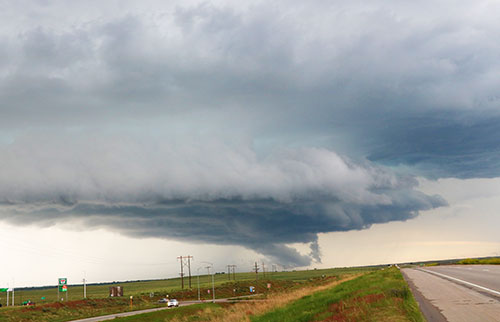