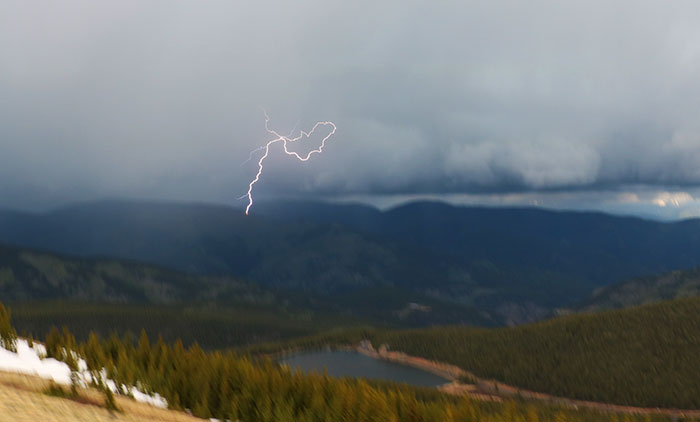 After the morning’s forecast we had the option of going some 3 hours east to chase really bad storms or going down almost all the way to New Mexico to, most likely, miss some slightly better looking storms. Instead, we went up the mountains again to hike and drive Mount Evens road, the highest located road in North America.

Our hike around a lake had to be cancelled after only some 10 minutes due to thunder. We weren’t too disappointed though, after all we are on a storm chasing trip! Instead we continued up Mount Evens road and realized we had a decent looking thunderstorm just next to us.

It was not very active but I managed to get a fluke shot of a lightning while driving. This was quite cool since there was only one lightning every 10 seconds or so. We continued to go further up ahead, stopping once in a while to look at the storm and take photos.

We continued up to Summit Lake and went back down again to continue our drive to Cheyenne, WY, when we stopped at Starbucks and went through our photos. David came up to us with a big smile and said, look at this!! This is the photo he showed:

@ReedTimmerAccu Drove up Mount Evens in Colorado today. A storm rolled in at 11,000 feet. Wait… is that what I think it is? pic.twitter.com/NHW6U7CHvU

At first, we didn’t believe him and thought he had taken a photo of a photo of a tornado or something but suddenly realized he had actually caught a tornado on his camera! At 11.000 ft!! It was absolutely crazy! He made the tweet, as seen above, and it went viral instantly – causing numerous TV-channels wanting to show it etc.

I didn’t see it myself so I had mixed feelings about the whole thing. Our chase team had caught a record tornado (in terms of altitude) on camera and we had been there – but I had missed it, even though I had been looking at the storm for much of the time. No matter what, it was a really cool catch and it taught us that you never really know when a storm will produce a tornado. Even high up in the Colorado mountains! 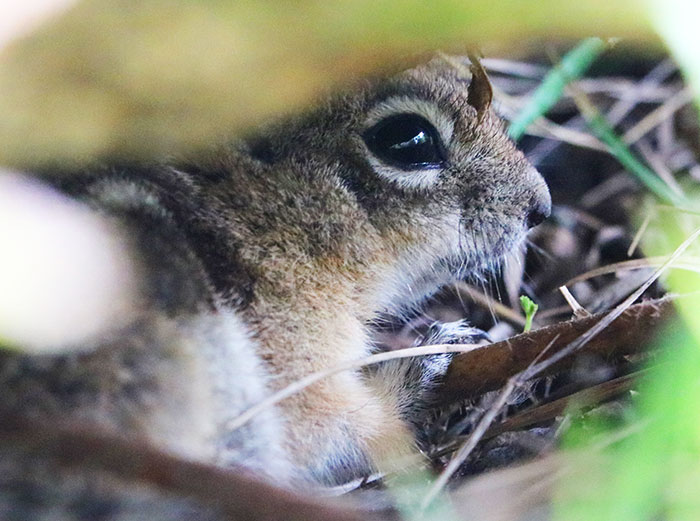