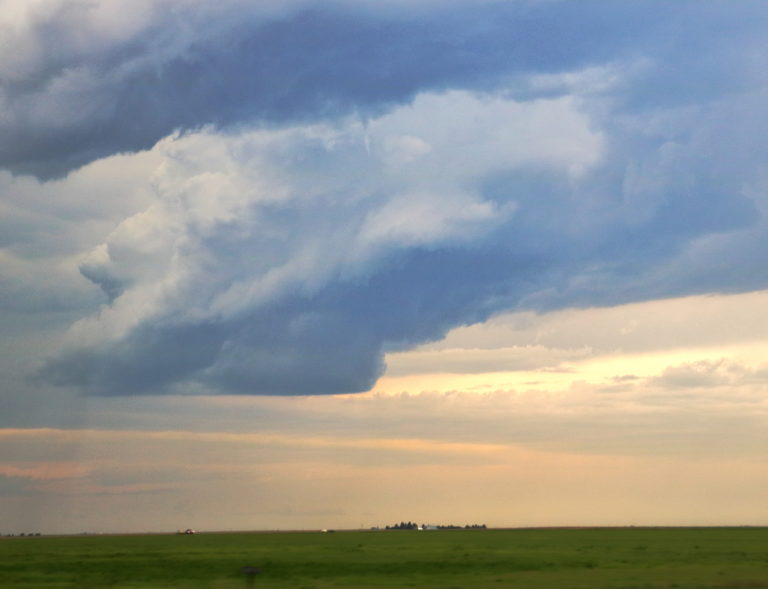 As I mentioned yesterday, I had no clue of how the weather would be this week but was happily surprised during the morning briefing, and while talking to Roger Hill this morning, that the weather is looking pretty good. In terms of SPC today was a 2% day covering SE Wyoming, NE Colorado and parts of Nebraska. We had to choose between the target in Wyoming which had better shear but not so much moisture and CAPE or the target in Nebraska which had much better CAPE and shear and sufficient shear (30-40 kts). We drove up to Sidney, NE, to stay in between these targets before choosing.

As we came closer, and after lunch, we saw that WY (surprisingly) had a supercell already at 2 pm that even became tornado warned. It was quite far away though and we had a promising supercell popping up south of us – so we went for the southern target.

It became a day of a lot of driving and we literally just stopped for 1 minute to photograph the storm before the rain caught up on us. After a while the storm became outflow dominant and MCS’d on us so we called the day off.

The other target, Wyoming, was the Play of the Day. It created at least three tornadoes where one was at 8.000 ft! From the pictures I saw on Twitter, it seemed like a very pretty tornado as well. Too bad!

The best part of our chase day was a random cold air funnel I saw from my seat from a very, very tiny LP-updraft. It was persistent for about 1-2 minutes and quite picturesque: 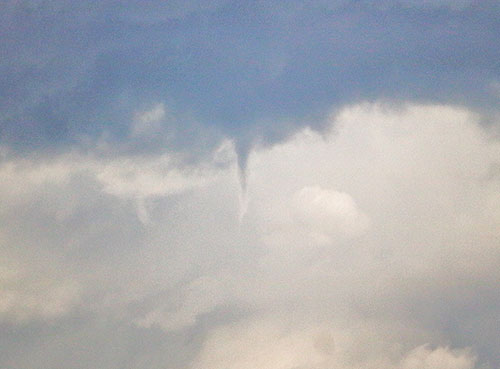 Today (May 28th) looks exciting. I will hope for the best!