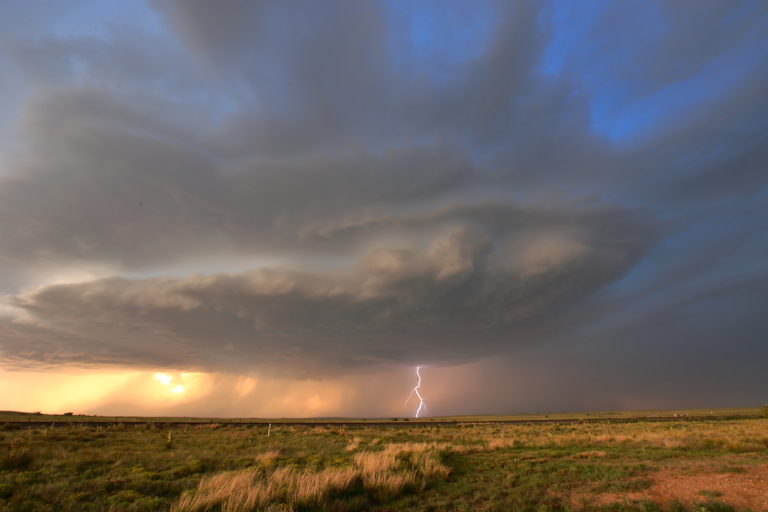 We slept in Raton, NM, which was pretty much our target area for the day to come as well. We knew the storms would fire off the mountains and take their sweet time to get to out on the front range where the severe storm potential was better – and they sure did. We chased the underdeveloped, high-based storms all day but it was not until later at night when the storms intensified. Earlier, we had chased the southern-most target but had to give up due bad road network but ended up racing back to again as it got tornado warned. At the time we caught up to it, it was no longer tornado warned but did show some nice structure and a great lightning show. We had a good time watching it until the sun set and the storm started to wither and die.

The day turned out according to the forecast even though we were hoping for a bit more given our expectations from earlier this week. 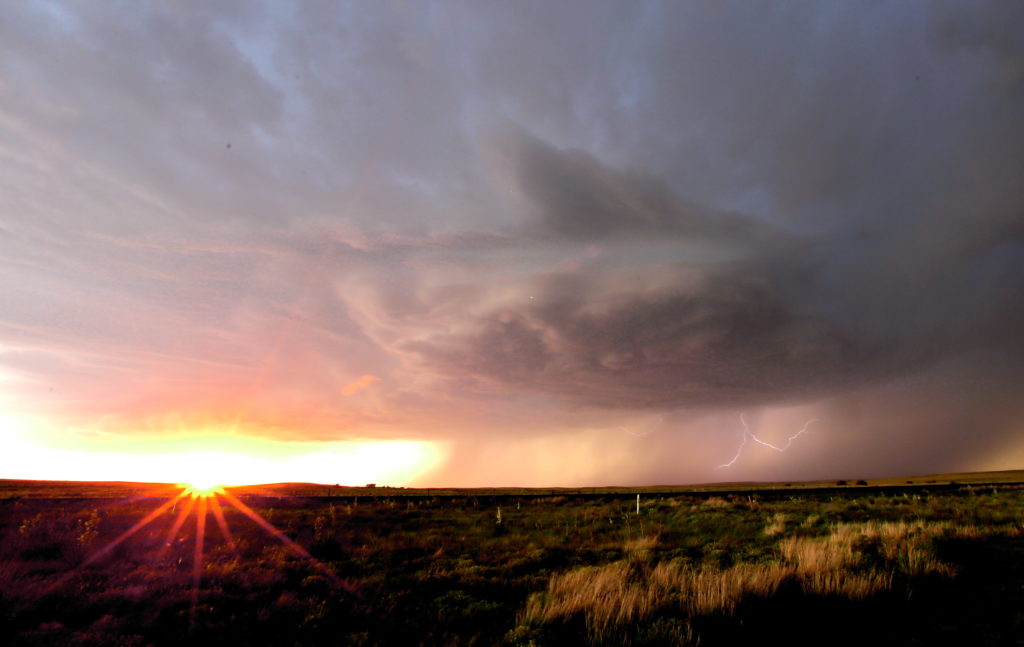